Alta Lodge Head Chef, Sam Wolfe “It happens, ya know?” After digging his truck out at the end of our historic February storm. Photo: Aubrey Shafer, Deseret News

There is no hiding the fact this ski season ended sooner than any of us would have hoped, and for reasons, we never could have imagined. As we are all experiencing varying versions of uncertainty and life “sheltered in place” due to the Covid-19 pandemic, we thought it important to document our wild 2019-20 winter season. The last 4-months have been packed full of things to be grateful for and events that we will always remember!

November: Off to a Great Start!

Alta Ski Area opened the day after Thanksgiving in the middle of a 70-inch storm.  17-inches of snow fell on opening day, and just like that, we were off to an amazing start! Locals and visitors alike rejoiced at some of the best early-season conditions they could remember. Here is a recap of that storm – talk about one heck of an opening day: 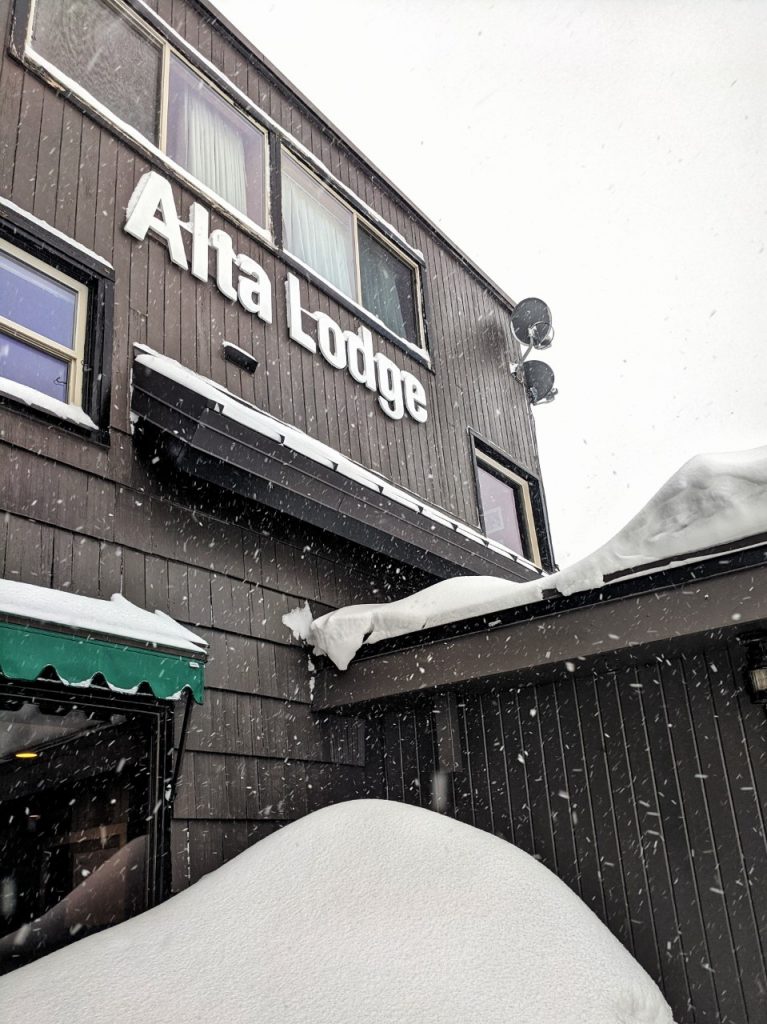 Once winter showed up, Ullr made it clear that he had no intention of leaving any time soon. Early in the month, it was announced that Alta Ski Area had more snowfall than any other ski resort in North America: more than Jackson, more than Tahoe, more than anywhere in British Columbia, and yes, without question (it goes without saying), even more than Snowbird. With the continued snow, skiing conditions only improved, and it wouldn’t be long until the whole mountain was open. That day came on December 10, when Alta opened Supreme.

Alta Lodge offered 3 back-to-back Ski Adventure Camps in early December, helping guests kick their winter seasons off strong with unparalleled coaching from the Alf Engen Ski School. Two co-ed Alta Performance Ski Camps got us started, followed by our brand-new Women’s Skills Camp. We followed the 12 straight days of action with our 12 Days of Ski Camps. Want to know more about the benefits of these programs? Check out our recent blog post!

As December came to a close, winter was really just beginning. On December 20, Mt. Baldy opened for skiers for the first (of many) times this season! As if that wasn’t good enough, after dreaming of a white Christmas, we were greeted with 5-inches of fresh snow on Christmas morning. Snow continued throughout the day and the remainder of the month. 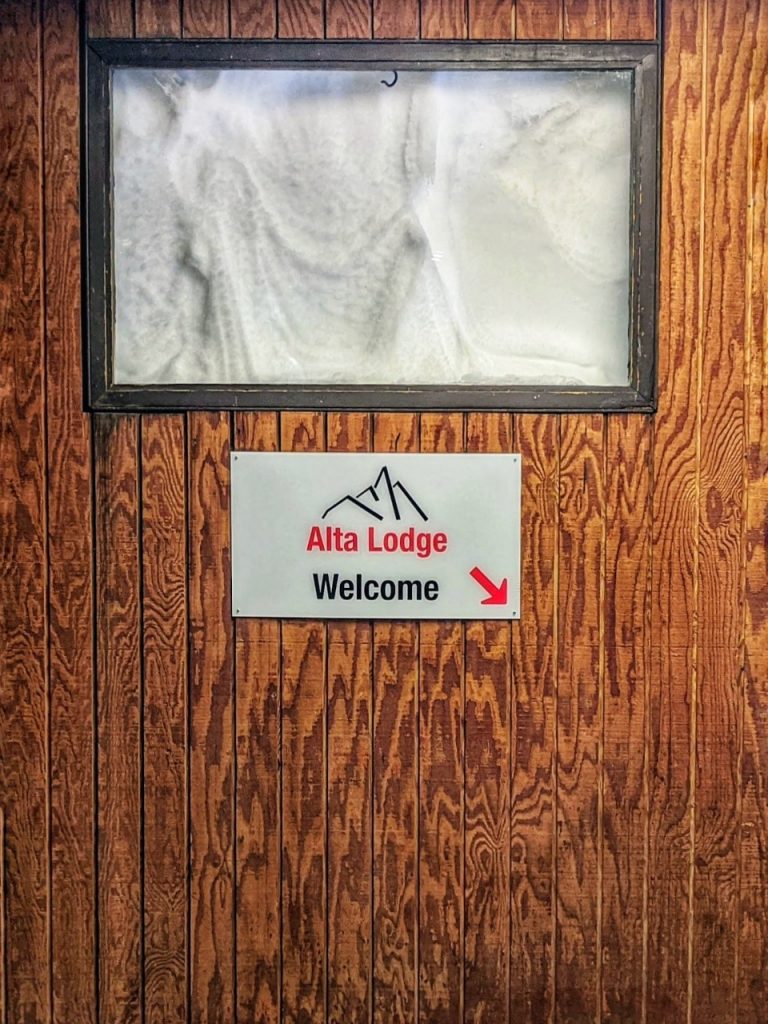 After the New Year kicked off with another successful Torchlight Parade, we welcomed 2020, the start of a brand new decade, and 80-years as Alta’s original ski lodge, with 16-inches of fresh snow. The snow just kept falling on New Year’s Day, and on the morning of January 2, Alta experienced the first interlodge of the season. The winter’s first interlodge morning is always special. Guests and staff woke up to a blanket of white outside, excitedly watching the snow continue to fall while enjoying a hearty breakfast. The sound of avalanche control work, while alarming to newcomers, is a sure sign of great skiing to come once the lifts start spinning. The timing of these storms couldn’t have worked out better for our annual Powder Tracks Camp, which we kicked off the first weekend in January.

Old Man Winter didn’t let up, and we celebrated reaching a 100” base of snow on January 12. The base refers to the settled snow depth mid-mountain and fluctuates as new snow falls, settles, and melts throughout the season.  When we reach 100”, Alta is known for being at her prime – the risk of skiing over rocks and trees dwindles as our favorite runs get filled in, but still, skis steep. With this much snow, you would have to dig down over 8-feet from the snow surface before you hit the ground!

When all was said and done, January 2020 turned out to be Alta’s third snowiest month on record in the past decade, with a grand total of 153” of snowfall. Talk about being Januburied! 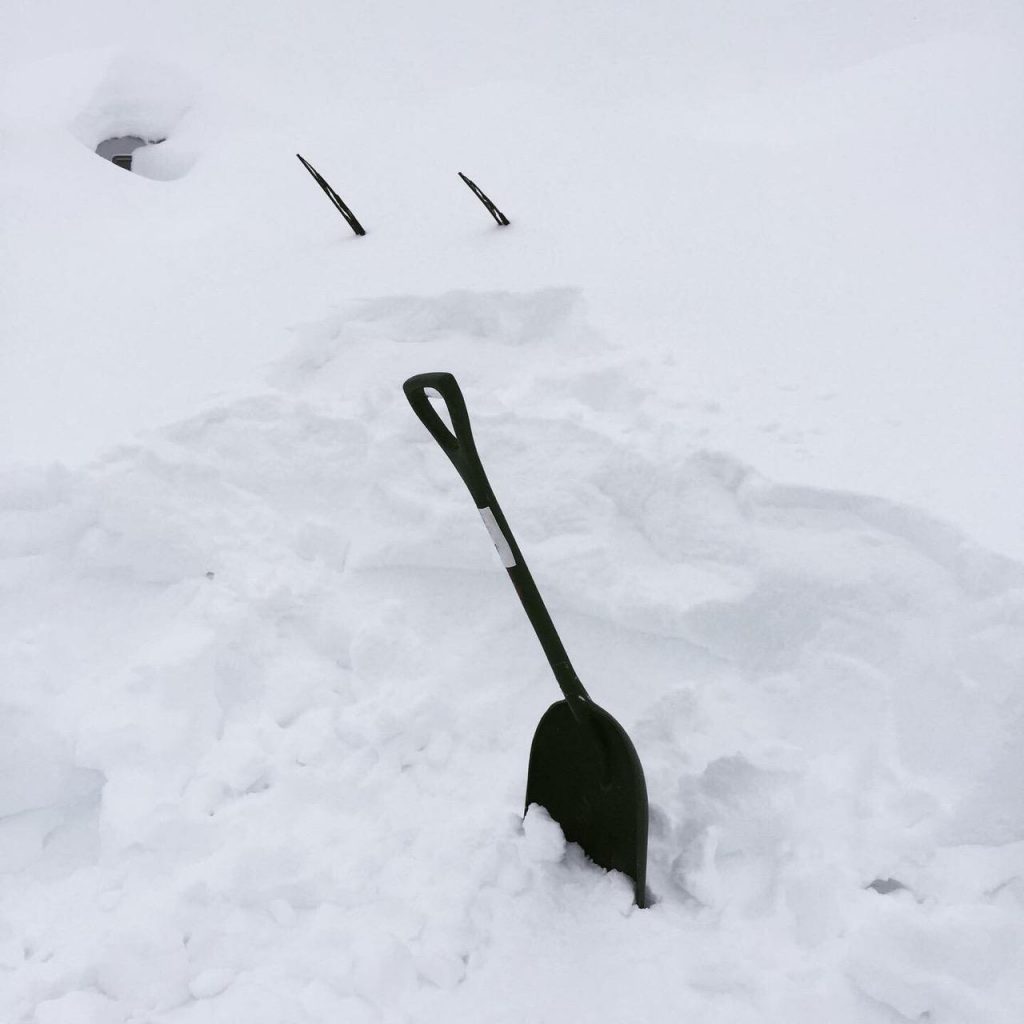 February 2020 has already made its place in Alta’s history books and will forever be remembered by the record-breaking storm that took place early in the month. With a dramatic temperature swing of 47 degrees (dropping from 43F to –4F) in just 24 hours, Mother Nature was brewing up a perfect storm for historic avalanche activity. As natural avalanches began occurring the night of February 5th, the town of Alta went into interlodge early on the morning of February 6. Other than a short window that evening to allow non-residents and day skiers to get safely down the mountain, Alta was under strict interlodge restrictions until 9:30 AM on February 8 (the longest consecutive interlodge in Alta’s history). Now that is the kind of “shelter in place” we like to see! The road up Little Cottonwood (Highway 210) remained closed for several more hours as crews continued to remove avalanche debris to make the road passable.  When interlodge was finally lifted and before the road opened to the public, guests and employees alike were treated to some incredible skiing. Long-time Lodge guest Mike Cone commented that the morning offered up his second-best day in memory of his over 40 years of skiing Alta!

Curious about how the Alta Ski Patrol works to mitigate avalanche risk in the ski area throughout the season? Watch this video released by Alta just about a week after we finally dug out from the historic storm (good timing, Alta!). If you want to dive deeper into the mechanics of avalanches and how Alta is woven into the history of developing that science, we encourage you to read this article recently published in the New Yorker.

March: Hello, Sunshine and an Unexpected Goodbye to Winter 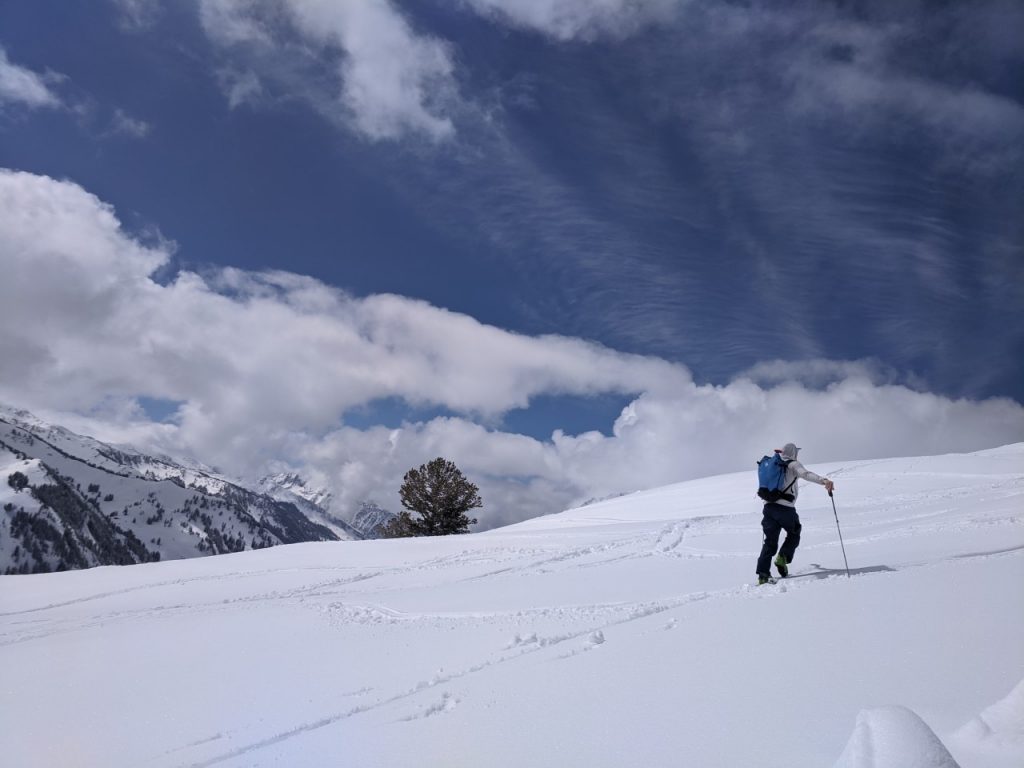 March did a 180 turn on the proverb “In like a lion and out like a lamb.” After so much snow and countless days with temps in the single digits, Ullr decided to take a break, giving the sun a chance to shine brightly for a couple of weeks. This was a welcome change of pace and gave us all a collective chance to warm up and get a taste of spring skiing. Little did we know that it would be our only chance for lift-served spring skiing. In hindsight, we are especially grateful to have had the opportunity. The spring-like feeling also made the early end to ski season a little easier to swallow as it felt like Mother Nature was ready for winter to come to an end as well.

On Sunday, March 15, with a total season snowfall of 445-inches, winter as we typically know it, came to an abrupt halt. In an effort to curtail the spread of the coronavirus, Alta ceased operations and Alta Lodge followed suit. It was a sudden end to what will now be an unforgettable winter season. Although a difficult decision, it was necessary for the safety of our employees, our guests, and our communities at large. We are incredibly grateful and fortunate that the Covid-19 virus did not make itself a guest at the Lodge.

On Wednesday, March 18, the day after our last guests of the season checked out, rather than waking to the familiar booms and rumbles of avalanche control work, a new kind of shake, in the guise of a 5.7 earthquake, roared through the Salt Lake valley and Alta just after 7 am. The weather pattern also changed and Alta continued to get its fair share of snow after the mid-March closure. Although the lifts weren’t spinning, our employees and locals continued to make their way up to ski favorite runs, re-filling their spirits with a fresh dose of Alta Magic – thankfully still alive and well!

The 2019/2020 ski season is one that will be forever etched in our memories. We are grateful to our wonderful guests and staff for sticking with us through thick and thin, and more than ever, we look forward to seeing everyone back at Alta Lodge next winter! 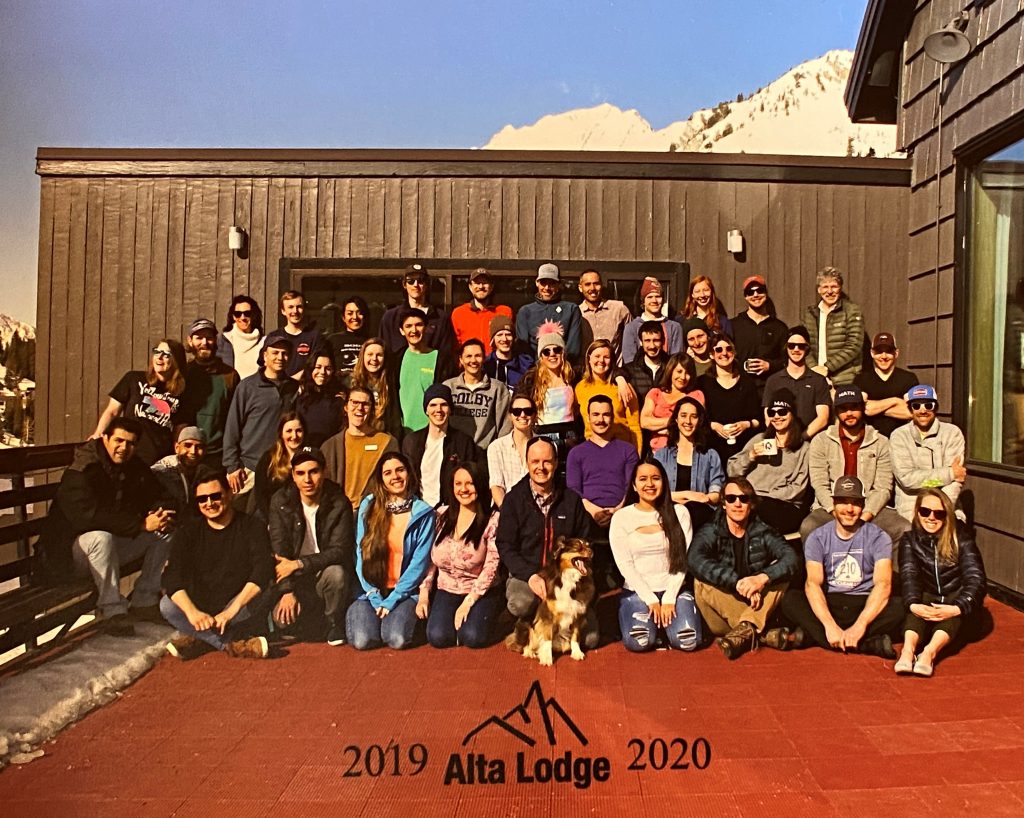 Everything You Need to Know About Interlodge |...